Dale Mac, Roots/Rock/Blues songwriter, is from White Bear First Nation in Saskatchewan. The storytelling in his lyrics and driving music are both backed by his soulful and energetic guitars. Whether performing acoustic roots in intimate venues, amp driven blues, or rock based stage shows, Dale’s guitar writing is also the energy behind his range of songwriting. He has two releases under his belt. His first release under the alias "Kinder Scout" (2015) was followed up by the successful EP "American Horse" (2017) under his name Dale Mac. His upcoming release "Pejuta Road" blends his threatened Nakota language, hand drumming, with contemporary guitar driven storytelling.

Todd Wakefield is from Tisdale, Sask. He has played in several music projects through the years and joined Dale in 2014. Todd brings his punk style bass playing and blends it to Dale's roots rock guitar to create a well rounded unique musical force.

What's in a Name?

Pejuta is a Nakota word for medicine. A journey of healing and growing. My late father was Nakota and my late mother was Dakota. We were raised Dakota, but didn't know a lot about the Nakota culture or the language in the family. Since this album began, I have been learning more of my late parents' story and rich history. This has led to learning old ceremony songs, learning cultural protocols, listening to Elders, and taking part in community history. The new album's songs mention struggle, pain, and still celebrate life and our triumphs. My late father's Nakota Language has become increasingly frequent and a natural part of communication and new songwriting lyrics. A friend once told me, "I want to reconnect and reclaim my Identity as an Indigenous person." I was proud of her journey but also passed on what I was told by an Elder "...With this journey comes our pain of being Indigenous."  And on her own journey, we celebrate life and our close friendship. Pejuta Road is a reflection of my late father's Nakota culture, my journey to preserve it, and celebrating life through storytelling and my own style of music.

What People Are Saying 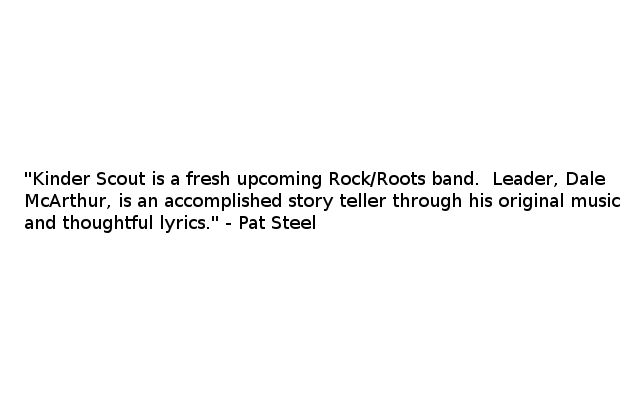